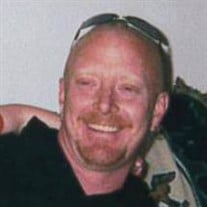 Jim Bacon passed away on July 28, 2021, in Yakima, WA. Jim was born on September 02, 1971, to Jim and Joyce Bacon. Joyce married Dennis Bracket in 1979, and together they raised Jim and his younger brother John here in Yakima. It is with extreme... View Obituary & Service Information

The family of James L Bacon created this Life Tributes page to make it easy to share your memories.

Send flowers to the Bacon family.