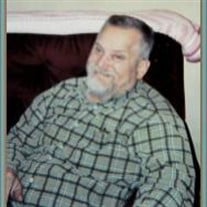 Today, as I write this, would be my beloved husband’s 74th birthday. Danny Lee Stone was born October 27, 1947 to Paul and Dora (Cartner) Stone) in Bremerton, WA. He went to be with his Savior and Lord, Jesus, on October 19, 2021. Dan grew up in Yakima and graduated from Davis High School in 1967. He started school late and missed a year due to a severe illness. Dan lived and worked in Point Barrow, Alaska for a couple of years after graduation. I mention this because he liked to tell the story (especially to me when we first met and he discovered that I liked it to be 90 degrees) of how it was so cold up there that his mustache froze! Dan would have been the first to tell you that while he was in Alaska he was a lost soul. His primary recreational activities were drinking Scotch and smoking marijuana. His sister and I discussed whether we should disclose this information in an obituary, but we decided we should because Dan always gave glory to God for his changed life after he was introduced to Jesus by his roommate, Scott. As his sister wished me to express it, “When he was young and before he knew the Lord, he was depressed and looking for a better way. He found the way through the Lord.” Over the years Dan did orchard work and cooked for the Four-Ten Restaurant and then workedsuccessively at Bi-Mart and Cub Crafters, all in Yakima. He and I were the Family Shelter Directors at the Yakima Union Gospel Mission from 2004 to 2011. Dan was a servant at heart and the very attributes that drew me to him, his gentleness and kindness and slightly off-beat sense of humor, made him a faithful worker for the Lord in often very trying (but rewarding) circumstances. At the time of his death, Dan was working for Comfort Suites in Yakima. Dan and I began dating at the end of 1979 (about this time of year, in fact) and he asked me to marry him three weeks later. We were married on May 11,1980 at the Yakima Christian and Missionary Alliance. Dan was preceded in death by his parents and by a grandson, Trenton Mateo. He is survived by two daughters, Sharon Mateo and her husband, Justin, and Kristine Barton and her fiance, Travis McMillan, and by a son, Isaac Stone, all of Yakima. He is also survived by six grandsons, Justin James, Christopher, Aidan, Logan, Scotty and Devon, as well as by his sister, Kathy Gregory of Wasilla, Alaska. There are numerous surviving nieces and nephews. Obviously, he is also survived by his loving wife of 41 years. Since God called him home, I have discovered how much other people appreciated Dan. Many of our children’s childhood friends have expressed how they looked up to Dan and how their lives were so positively affected by him. He will be greatly missed, but I cannot express how grateful I am to the Lord for the time I had with Dan, although it was too short. But, as Dan and I said to each other many times, God is God and we are not. Our family is grateful for all of you who have reached out to us in these difficult days. I would particularly like to thank Community Alliance Church, Comfort Suites (Donovan, in particular) and Valley Hills Funeral Home. A Celebration of life service will be held at Community Alliance Church 14890 Tieton Dr. Yakima WA on November 13, 2021 at 2:00pm.

The family of Danny Lee Stone created this Life Tributes page to make it easy to share your memories.

Today, as I write this, would be my beloved husband’s 74th birthday....

Send flowers to the Stone family.