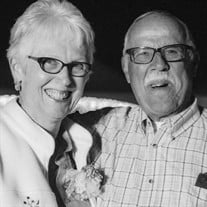 Ronald L Keller moved on peacefully at his home on October 11th, 2021, after giving cancer one hell of a fight. Ron was born May 2nd, 1942, in Yakima, Washington to Adam and Helen (Schmidt) Keller. He was raised in a small house on North First Street with his brother Ed and sisters, Elaine, Leona, and Kathy. Ron was married to the love of his life and best friend for 48 wonderful years, and together they raised two boys. How do you memorialize the life of an extra special man in a few short paragraphs? Ron left a positive lasting impression on everyone that got to know him. His dry sense of humor would spread laughter and happiness anywhere he went. After a tour in Vietnam, he returned home to raise and support his family while working a good Union job for Boise Cascade. Ron was unselfish and spent his free time taking the family on fishing adventures to Westport, camping, or motorcycle riding. He was an amazing carpenter and would spend much of his time in his shop creating. If you called Ron and asked him for some assistance building or fixing anything you would see his little red truck pull up in your driveway before you hung up the phone. Ron hated sports, accept bowling, and believed people should be working, not playing silly games. Even though he projected a tough John Wayne attitude everyone could see the giant heart he carried around. All the good hearts in the world would not be big enough to hold the love he had for his life partner, best friend, and wife, Charlotte. Before Ron moved on, he stated, “I had a great job, a great life, and a wonderful wife I probably didn’t deserve, I am ready to go”. As long as we set together and tell “Ron” stories, he will never truly be gone. His beautiful legacy will forever be cherished in the lives of all he touched. Ron was preceded in death by his father and mother, two sisters, and wife. He is survived by his two sons, Brian, and Carl, five grandchildren, Sierra, Jared, Adam, Carl Jr., and Christian. Three great-grandchildren, brother Ed, and a sister Elaine.

Ronald L Keller moved on peacefully at his home on October 11th, 2021, after giving cancer one hell of a fight. Ron was born May 2nd, 1942, in Yakima, Washington to Adam and Helen (Schmidt) Keller. He was raised in a small house on North First... View Obituary & Service Information

The family of Ronald Keller created this Life Tributes page to make it easy to share your memories.

Ronald L Keller moved on peacefully at his home on October 11th,...

Send flowers to the Keller family.