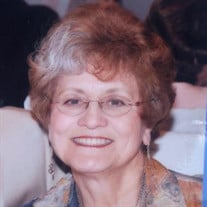 Mónica Díaz García, 82, died after a short battle with cancer on Wednesday, May 18, at Yakima Memorial Hospital, surrounded by her loved ones. She was born June 8, 1939, to Juan and Tomasa Lara Díaz in Lucerne, WY, and moved with her family to Wapato at age 2. Mónica graduated from Wapato High School, class of 1958, and then earned her cosmetology license. She married Ricardo R García, of San Diego, TX, on June 23, 1962, and would have celebrated their 60th wedding anniversary next month. After getting married, they resided in Wapato, where she worked at Betty’s Beauty Salon for 11 years. She then went to work for the Wapato School District as an instructional assistant while attending Central Washington University part-time. She earned her teaching credential in 1981 and began her teaching career at Adams Elementary in Yakima. During her early days of teaching, she completed her Master’s Degree at Heritage College, and continued on at Adams, where she worked until her retirement in 2004. She was a lifelong member of St Peter Claver Catholic Church in Wapato. Mónica enjoyed several pastimes throughout her life such as baking, sewing, reading, crocheting, gardening, traveling, and rooting for her grandchildren’s sports teams, in addition to the Seahawks and Mariners. Some of her more memorable trips were to Hawaii, Alaska, New York City, Washington DC, Massachusetts, New Hampshire, Mexico, Italy, Spain and France, but she also spent time in other US states, traveling to Texas many times to visit her husband’s family members, to whom she was also very close. She kept in touch regularly with her many relatives and friends by phone or letter writing. Mónica is survived by her beloved husband, Ricardo; her son, René (Peter Voeller) García of Seattle, and daughters, María (Robbin) Erickson of Wapato, and Eliza (David) Sánchez of Grandview; and her grandchildren, Nicholas (Whitney) Titus of Yakima, Elise (Jacob) Reynolds of Wapato, Benjamin Erickson of Wapato, Julia Sánchez of Grandview and Mia Sánchez of Grandview. She was the 12th of 15 children and leaves behind her last surviving sibling, Raquel (Joe) Molano of Yakima, in addition to numerous nieces and nephews, as well as cousins in southern California and Arizona. Recitation of the rosary will be held at Valley Hills Funeral Home in Wapato on June 2 at 6 p.m. and funeral mass at St Peter Claver in Wapato on June 3 at 10 a.m. followed by a reception.

Mónica Díaz García, 82, died after a short battle with cancer on Wednesday, May 18, at Yakima Memorial Hospital, surrounded by her loved ones. She was born June 8, 1939, to Juan and Tomasa Lara Díaz in Lucerne, WY, and moved with her family... View Obituary & Service Information

The family of Monica Diaz Garcia created this Life Tributes page to make it easy to share your memories.

Send flowers to the Garcia family.