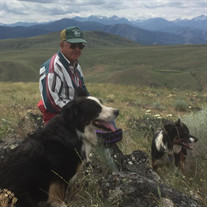 On April 1, 2022, Donald Martin Young passed away at his home in Sunnyside, WA, at the age of 86 surrounded by loved ones. He was born on August 20, 1935, in Burlington, WA to Alston and Gertrude Young. He graduated from Burlington Edison High School in 1953. In his younger years, he delivered papers, had a bicycle shop, was a D.H.I.A. tester for dairies, had a tractor and did custom work and raised cucumbers. In 1954, he married Patricia Price. He was in the Navy Reserves. In 1954, he started his career in Artificial Insemination of Livestock with Evergreen Northwest Breeders, which later became All West Select Sires. He bred cows in the Yakima Valley until 1962 when he was promoted to Beef Program Director for the Company in five western states. He also started a program to teach cattlemen to breed their own cows. In 1971, the Company sent him to five European countries to select and purchase livestock to be used in their program of new genetics in cooperation with the Canadian A.I. Stud. He was on the N.A.A.B. National Beef Board. In 1972, he was hired by Carnation Genetics of Hughson, CA, to develop their expansion in Washington and Idaho. In 1974, he entered into a ranching partnership at Mabton, WA. In 1978, he started his own ranch in Mabton and sold the ranch in 1996. He then purchased places that needed to be fixed up and then resold them. He married Donna Riggins in July 2002. He was selected Man of the Year in 1976 by the N.W. Maine Anjou Association. He was president of the Yakima County Cattlemen’s Association. He was selected Cattleman of the year in 1987. He was Treasurer of N.W. Maine Anjou Association. He was on the Farm Bureau Board, the State Farmland Preservation Committee, he served on the Mabton School Board, was a member of the Sunnyside Republican Club, and a member of the Eagles Lodge. In retirement, he joined the Back Country Horsemen of Washington and enjoyed riding his horse in the Cascade Range. He also enjoyed square dancing and any dancing. He leaves behind his wife Donna D. Young; three surviving children: Cynthia (Tom) Mains, Bickleton, WA, Shelley Walters, Grandview, WA, and William Young, Roosevelt, WA, and step-daughter Teresa (Dale) Crawford, Moses Lake, WA; two surviving sisters: Annette Yates, Mt. Vernon, WA, and Bonnie (Dave) Bucks, Mt. Vernon, WA. He has 13 grandchildren, 26 great grandchildren, and one great-great granddaughter. He was preceded by his daughters: Debra (Dean) Mitchell, Teresa Cant, and granddaughter, Sarah Sanchez. At his request, there will be no service. Viewing will be held at Valley Hills Funeral Home, 531 16th Street, Sunnyside, WA on Monday April 11, 2022 from 2-6pm. Memorials may be made to Heartlink Hospice, 3920 Outlook Road, Sunnyside, WA. “Burn what is left of me and scatter the ashes to the winds to help the flowers grow. If you must bury something, let it be my faults, my weaknesses and all my prejudice against my fellow man. Give my soul to God. If by chance you wish to remember me, do it with a kind deed or word to someone who needs you. If you do all I have asked, I will live forever.”

On April 1, 2022, Donald Martin Young passed away at his home in Sunnyside, WA, at the age of 86 surrounded by loved ones. He was born on August 20, 1935, in Burlington, WA to Alston and Gertrude Young. He graduated from Burlington Edison... View Obituary & Service Information

The family of Donald M Young created this Life Tributes page to make it easy to share your memories.

Send flowers to the Young family.