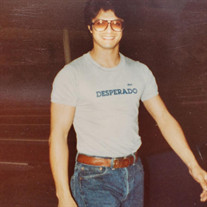 Carlos (Chuck) Frank Hernandez, 61, passed away peacefully on October 6, 2021 amongst his loved ones after battling a long illness. Chuck was born in Toppenish, Washington, the son of Frank C. Hernandez and Linda Devora. He attended school in Granger and later went on to attend college at YVC and later on in the Vancouver area. Chuck married Deborah Lynne Aguirre in 1975 and together they had two children, Frank and Lovee. Chuck later married Rebecca Lynn Duda in 1993 and together they had one child, Carlo. Chuck had an extensive skilled multi-construction work history and was raised as a generational farmer (his first FFA crop generated about 40K). He also worked for a branch line railroad outfit (Railco Multi Construction) where he helped rebuild Saint Helen’s railway after it erupted in 1980. He worked as a Master Journeyman Roofer for several decades and was also a volunteer firefighter with the Union Gap Fire Department. Outside of work he enjoyed living it up with his friends and family, fishing, karaoking, and listening to music. He was known as the coach and neighborhood dad to many of his children's friends. Chuck was also a member of the Knights of Columbus and loved to be involved in his community and with family. Chuck is survived by his children: Frank (Cristina) Hernandez, Lovee (Gus) Ochoa, Carlo Hernandez, mother: Linda (CB) Lozano, siblings: Grace Bernhardt, Fernando (Carolina) Hernandez, stepmother: Ernestina Hernandez, siblings: Manuel (Elvira), Artemia, Ernestina and Gloria (Felipe) Hernandez, grandchildren: Marissa (Cody), Vanessa, Frank Jr. Hernandez, Naylonii Macias, Chloe and Penelope Juarez, Paris and Juan Carlos Ochoa, and great-grandchild, Zayden Conduff. He is preceded in death by: his father Frank C. Hernandez and brother Michael B. Hernandez. Viewing will be held on Friday, October 15, 2021 at St. Aloysius in Toppenish at Noon. Funeral Services will be held at 1:00 pm followed by burial services at Elmwood Cemetery in Toppenish. A Celebration of Life will take place following the burial, location TBD.

Carlos (Chuck) Frank Hernandez, 61, passed away peacefully on October 6, 2021 amongst his loved ones after battling a long illness. Chuck was born in Toppenish, Washington, the son of Frank C. Hernandez and Linda Devora. He attended school in... View Obituary & Service Information

The family of Carlos Hernandez created this Life Tributes page to make it easy to share your memories.

Send flowers to the Hernandez family.