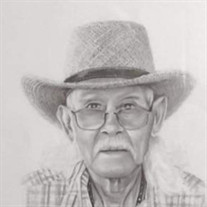 Alfredo “Rigo” Garza Jr. went to be with our Lord and Savior on 10/7/21. Rigo was born on March 13, 1936 in Hargill Texas to Alfredo Garza Sr. and Margarita Garza. He lived in Texas until 1970 when he moved to the Coachella Valley in California where he met the love of his life, Alba Rosa. They moved to Sunnyside Washington in 1975 where he lived until the Lord called him home. He was a man that was loved and respected by anyone that crossed his path. He was always willing to help anyone out. He was known as the “Man with long white hair”. He worked all the way until the ripe age of 81. He is survived by his wife Alba Rosa, his six children Rick (Becky) of Katy TX, Cynthia (Albert) of Richland WA, Freddie (Gina) of Ponca City OK, Jabby (Debra) of Portland OR, Noni of Sunnyside WA, and Ashley (Joseph) of Richland WA. Six Siblings Teresa Perez of Burien WA, Lupe Garza of Sunnyside WA, Eleanor Palomarez of Sunnyside WA, Toni Soto of Sunnyside WA, Zenovio Garza of Sunnyside WA, and Juan Garza of Hargill TX. Twenty-seven grandchildren, forty-nine great grandchildren and two great-great grandchildren. Rigo is preceded in death by his parents Alfredo Sr. and Margarita Garza, six siblings Edwina, Andrea, Pedro, Francisca, Luciano, and Ramiro. He is also preceded in death by three sons Silvestre, Adam, and Babo. Memorial services is to be announced at a later date.

The family of Alfredo Garza Jr created this Life Tributes page to make it easy to share your memories.

Alfredo “Rigo” Garza Jr. went to be with our Lord and Savior...