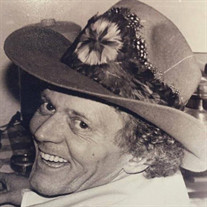 Michael Finney age 75 of Yakima, Washington passed away March 25th 2022. Michael was born in Richland, Washington, June 21st, 1946. Michael graduated in 1965 from AC Davis High School. As an adolescent, Mike loved airplane models and genuinely enjoyed flying his beautiful work afterwards. He also enjoyed being a member of the CB radio club. Mike attended Perry Technical Institute’s welding program. He moved to Renton, Washington and worked for Pacific Car and Foundry. After while, he left from there and came home, he went to work for John I Haas in November 1973 and retired in October 2008. Mike was always a fan of country western. You would always find him wearing his cowboy boots, Wrangler jeans and his flannels. When he became sick, and he was no longer able to get dressed as a cowboy, he would still wear his sweats with his cowboy boots just to give it that extra touch. He is survived by his only sister Miss Patricia Richner of Yakima, Washington, cousins Kathy & Mike Sheppard, Scott & Sue Braymer, and their families, all of Seattle. He is also survived by his dear, dear friends Paul & Danielle Young, of Moxee, Wash. Michael is preceded in death by his mother Margaret Finney, niece Chrissy Hynes, and nephew Carmine Hynes. Michael will be missed each and every day by all who had the pleasure of knowing him! A final farewell to Michael will be held on his birthday, June 21, 2022. Service will be starting at 2pm at Terrace Heights Memorial Park for those who wish to join.

The family of Michael Frederick Finney created this Life Tributes page to make it easy to share your memories.

Send flowers to the Finney family.