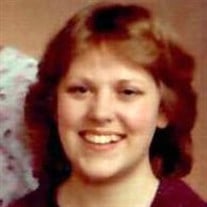 Lonnie Rucker was born July 25, 1956, in Bellingham, Washington, to Rev. James and Arliss Rucker, the third of three daughters, following her sisters Jan and Terri. Lonnie loved Jesus above all else and couldn’t remember a time before she knew and followed him. The daughter of an Assembly of God pastor, Lonnie and her family lived in various places in the Pacific Northwest before coming to Yakima, Washington, where her father pastored Summitview Assembly of God church. Lonnie graduated from A.C. Davis High School in 1974. Some of Lonnie’s favorite childhood memories were of family vacations at Birch Bay which included the grandparents, campfire s’mores, and creating milk carton boats with a lit candle inside to send out with the tide as the sun set on the ocean. As a young woman, Lonnie was an active member of Shiloh Christian Center where her gift of singing was a wonderful addition to the choir and where she attended Shiloh Bible Training Center. In later years Lonnie was an active member of West Valley Foursquare Church until asthma and the pandemic forced her to isolate. After graduating from Shiloh Bible Training Center, Lonnie found great joy in flower arranging alongside her mother at Kameo Flower Shop. Forced to quit working with flowers due to allergies, Lonnie found her place at Glacier Sales in 1981 where her employers and co-workers became like family to her. She continued at Glacier Sales until her death. With her Glacier Sales family Lonnie honed her creative skills, adding hilarity to office antics with her famous ugly Christmas sweater. She took great care in adding a new ugly element each year. She also took pride in occasionally winning the office fantasy football challenge, even though she freely admitted knowing little to nothing about football. Lonnie was much more than an employee. As one co-worker explained, “Lonnie was like an aunt to me and to my family.” One of Lonnie’s greatest delights was gathering with her sisters and cousins (fondly referred to among themselves as Snow White and the Seven Dwarfs) for their cousins’ retreats. The time was filled with laughter, stories and good food. The highlight of their time, however, was sitting around the table singing old hymns in three- and four-part harmonies. Their common heritage and love for singing bound them together. Lonnie lovingly and faithfully cared for her beloved grandmother and both parents until they passed away. She extended the same love and care to her many friends. Lonnie was an expert at listening, laughing, encouraging, and empathizing. Until severe allergies and asthma curtailed her activities, Lonnie loved a good road trip and was always up for any adventure. Although health issues severely restricted her activities, Lonnie never complained or indulged in self-pity. She was a powerful example of peaceful contentment and remarkable good humor in all circumstances. Each of her relatives and many friends was greatly enriched by knowing, loving, and being loved by Lonnie. Lonnie passed away at home on March 8, 2021, at age 64 and is now safe and breathing freely in the arms of her Lord Jesus. Lonnie was preceded in death by her parents and is survived by her sisters Jan (Allen) and Terri, and nephews and nieces James (Carina), John (Ellen), Rob (Clar), Jenny (Scott), Michael (Alyssa), Brittany (Tyson), John, Konni and thirteen great-nephews and nieces as well as Snow White and the Six Dwarfs (you know who you are). Lonnie is also remembered with love by many who consider friendship with Lonnie to have been a great gift. Included among those who think of Lonnie as family are her Glacier Sales colleagues and long-time friends Delinda Higgins and Miriam Kuhn. A celebration of Lonnie’s life will be held Friday, April 9, 1:00 pm at West Valley Foursquare Church, 5802 Summitview Ave. #130. Wearing masks is appreciated. Those desiring to give a gift in honor of Lonnie could consider a donation to Camp Hope in Yakima or Yakima’s Union Gospel Mission.

Lonnie Rucker was born July 25, 1956, in Bellingham, Washington, to Rev. James and Arliss Rucker, the third of three daughters, following her sisters Jan and Terri. Lonnie loved Jesus above all else and couldn&#8217;t remember a time before... View Obituary & Service Information

The family of Lonnie Lee Rucker created this Life Tributes page to make it easy to share your memories.

Send flowers to the Rucker family.