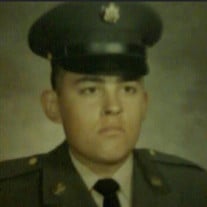 William J Olney “POOZUMS” December 06, 1947 ~ March 30, 2022 Beloved husband, father, grandfather, brother, uncle & friend passed away unexpectedly. Jack lived his life in White Swan & was a proud Cougar. He worked at Signal Peak Ranger Station in fire suppression (Club 32), as a surveyor for BIA Forestry, and as an assistant plumber for Tribal Maintenance. He is a lifetime member of the Yakama Warriors, Disabled American Veterans, Military Order of the Purple Heart & 173rd Airborne Infantry. Jack loved being outdoors; he found comfort in the mountains that brought him peace & freed his spirit. It took many years for him to attend Veterans Camp Chaparral to begin healing with his brothers and sisters. It was the wisdom, knowledge, & traditional values of the elders, religious leaders, interpreters & other staff that he was able to release & share his army/war experience. He cherished his time with his comrades & he soon became part of the camp chaparral veteran panel; he prayed that camp would be held this year after two years of cancellation due to the pandemic. He had fond memories of traveling with the Warriors to various functions sharing his experience with school students & others across the states. He always returned from his travels with something special for Gloria if she didn’t travel with him. Hmmm…What did he do…….AYE – It was love and devotion. He loved to camp & pick huckleberries with his family. In his younger days he enjoyed playing softball. We want to acknowledge his teammates for being an important part of his healing process. Back in the day he was an avid bowler who showed off his tricks making strikes. He also traveled to Veterans Pow Wows to dance to the beat of the drum & socialize with other veterans. He had a gift to gab; once he got started you were in it for awhile, there was always laughter & a lot of BS. He also enjoyed watching & caring for our hummingbirds-- Slick, Slickyboy, Shitter, Gunner, Agent Orange & Bomber, each with distinct color and personalities. Jack is a kind & generous man always helping & giving to others. To know him is to love him…he is amazing! He drew strength from his family…they are his Center; he adored & loved them unconditionally. He is survived by his wife of 49 years & best friend Gloria, daughter Jodi Kai, son William John III, grandchildren Dayton Margaret Paige, Crulan Monte Gaige, Cuevelle Memphis Eugene, mother of his grandkids Amber Ganuelas, adopted daughter Sharice Johnson, Sisters/Brothers: Shasta Watlamet, Tarz Olney, Butchie Nash (Rory Walterman), Ronette (Bucket) Smartlowit, Paul Nash, Kurt (Dusti) Nash, Viola Sternbeck, Edith Nash, Dennis Nash, numerous nieces, nephews & other relatives. He’s also Grandpa Jack to his extended Ganuelas family. He was preceded in death by his father William Jack Olney; mother Dolores Dittentholer Olney Nash, sister Paulette (Poko) Nash Yallup & brother Franklin Nash. Jodi & Willie III are his pride & joy. He’s proud of whom they have become & the daughter & son they will always be. His grandchildren - DD the saxophone player/artist; Cru the math wiz/gamer & Cue the muscleman/gamer overwhelmed him with emotions. He spoiled them all he could. FOREVER MY BIG BRAVE SOLDIER ~ WELCOME HOME VIETNAM VETERAN RED HEART, SPIRIT & SOUL ~ FLY HIGH SKY SOLDIER Open denomination services will be 10 am Monday April 4, 2022 at the White Swan Community Center. Final resting place will be at Wapato Reservation Cemetery with Military Honors. Stay safe…protect yourself and others.

The family of William Jack Olney created this Life Tributes page to make it easy to share your memories.

Send flowers to the Olney family.