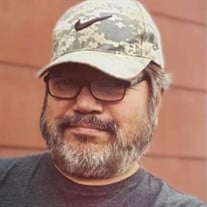 Robert Reginald Comenout Junior, 66, passed away unexpectedly at his home in Puyallup, Washington January 23, 2022. Robert was born in Toppenish, Washington in 1955 to Robert and Sophia Comenout; he was one of nine children. He went to school in Toppenish school district where he met his wife Marlene Billy, she became the mother of two. He later joined the Navy as a SeeBee, the building construction unit and also Military police stationed at Pacific Beach, Port Hueneme, California, Diego Garcia, and Rota, Spain; honorably discharged in the early 1980's. Robert moved his family home to the Northwest. He worked for the family business Indian Country Variety Store. He and his wife Marlene both graduated with an Associates Degree from Tacoma Community College they furthered their education at the University of Washington completing with Bachelor's degrees in Phsycology.  Robert enjoyed the grandure of the great outdoors; camping, fishing, wood cutting, tree falling, and teaching youth survival skills. He loved  playing basketball with his brothers. He liked to toss the football with his nephews, nieces, and granchildren. Robert was raising two of his granddaughters. Robert was known as a quiet, humble caring man with an infectious smile. Robert leaves behind his father Robert Comenout Senior, his brothers Lee, Edwin, Ronnie Comenout; his daughters Rayma (Myron) Guardipee, and Tosha (David) Williams.  He leaves behind 9 grandchildren, 9 great grandchildren, numerous nieces, nephews, cousins, aunties, and Uncles. Proceeded in death by his mother, brothers, sisters, and wife. Transport from Valley Hills at 0830 immediately, and the service will be at 1910 Shaker Church starting at 9am. Last supper in the dining hall. Following safety protocol, safe distancing, and PPE.

Robert Reginald Comenout Junior, 66, passed away unexpectedly at his home in Puyallup, Washington January 23, 2022. Robert was born in Toppenish, Washington in 1955 to Robert and Sophia Comenout; he was one of nine children. He went to school... View Obituary & Service Information

The family of Robert Reginald Comenout Jr created this Life Tributes page to make it easy to share your memories.

Send flowers to the Comenout family.