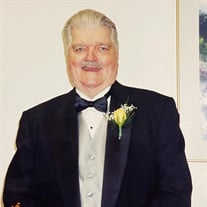 Patrick Charles La Pierre, 82, died on December 22, 2021 at Good Samaritan Healthcare Center. Pat was born in his grandmother's house in Granger, Washington to Pete and Violet (Hoskins) La Pierre. He had two siblings, Peggy and Paul La Pierre. Pat loved his home town. He attended Liberty Elementary School through the sixth grade when his disabilities steered him towards work on the family farm. From childhood through adult, Pat had a deep love for animals. As a young man, Pat tended several sheep and was proud to help straighten out complicated births. His love for animals continued as he rode horses and later raised chihuahuas. Pat married Ruby (Hankins) Kahklamet on June 9, 1979 until their divorce in July of 2000. Together, they had two children, William "Billy" La Pierre and Julie La Pierre Dent. Pat was a loving father and tried his best to instill in his family the importance of taking care of the earth through his dedication to recycling and water conservation. He loved watching old Westerns and could often recite scripts with animation. He was so fun to observe. Daddy was simple, yet very complicated. His art of communication was often misinterpreted while he truly had best intentions in mind. He was named Volunteer of the Year by the Granger Food Bank where he spent countless hours using the might of his 6'4" frame to help pack boxes with food and clothing for others in need. Pat was so proud to be recognized for his hard and caring work. In his later years, Pat's house burned down in which he was pulled from the fire. The only time he had ever lived elsewhere than Granger was during his hotel stay in Sunnyside from March 12, 2020 to May 17, 2021. The height of a global pandemic took it's toll. Upon Pat's return to a newly built home, his wonderful caregivers were by his side. Pat had a nickname for everyone and Misty "Shorty" Rodriguez was very special to him. Up until the end, he wanted to make sure she was okay. Pat is survived by his wonderfully supportive sister, Peggy La Pierre of Sunnyside, son William "Billy" La Pierre of Yakima (Lauren Thomas), daughter Julie La Pierre Dent (Curtis Dent aka Old Baldy) of Washington DC, three grandchildren, Violet La Pierre (21) of Seattle, Chloe Stuck (16) of Lewiston, Idaho, and James La Pierre (6) of Yakima, niece Cheri (La Pierre) Ross of Zillah, nephew Mark La Pierre of Zillah, niece Cheree' La Pierre of Spokane, and Danielle La Pierre of Sunnyside. Pat was preceeded in death by his parents, brother Paul La Pierre and numerous aunts, uncles and cousins. In lieu of flowers, donations can be made to the Granger Food Bank.

The family of Patrick Charles La Pierre created this Life Tributes page to make it easy to share your memories.