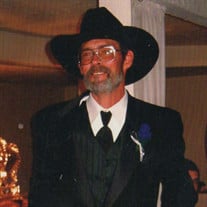 Mike Matson passed peacefully on June 7, 2021, at the age of 64, following several years of declining health. He was born February 13, 1957, at St. Elizabeth’s Hospital in Yakima to Paul and Joyce Matson of Selah. Mike was raised and lived his life on the family fruit ranch on Selah Heights. From a very young age he had an aptitude for all things mechanical. He worked decades as a farm mechanic, welder and truck driver. He helped many people (family, friends and strangers) get their autos, trucks and equipment back on the job. He had an analytical mind that kept him always busy designing, fabricating and building projects of all kinds, along with repairing items thought to be un-repairable. He also used his skills to build drag-racers and competed at Renegade Raceway and in Tacoma, setting some impressive times. Mike had a deep and abiding love for the mountains, fishing, hunting, hiking, snowmobiling, jeeping, and back country horse camping. Many good times were had in the Upper Bumping, at Goose Prairie and in the Goat Rocks, to name just a few of his favorite areas. He always had a dog by his side and his fishing gear with him. He owned and rode many horses over the years, although he preferred mules and swore by their smooth and surefooted ride. He was a long-time member of the Back-Country Horsemen. Mike built a life that most people would envy, being self directed and setting his own priorities, sometimes to the chagrin of others who were waiting on him. He was habitually late and was known to have a hot temper, but he would also give you the very shirt off his back. Mike was generous and helpful to others almost to a fault. He lived hard and played hard, which took its toll on his body in the end. Mike was preceded in death by his father, Paul, his brother, David, his sister, Jeanne, his uncles Duane, Keith, Alan, and Marc, his aunts Joan, MaryEllen, Darlene, and Dot, his cousin Tim, and his grandson, Micheal. He leaves behind and will be dearly missed by his mother, Joyce, his daughter, Lisa (Jon), his siblings Roger (Debby), Janet (Norm), and Beth; his grandchildren Victoria, Chance, and Caine, his nieces and nephews Paige, Serene, Matthew, David, Tara, and Shelby; his great-nieces and nephews Morgan, Joshua, Jacob, Hope, Djinia, Alastor, Gracie and Colter, his great-great niece, Mia, and his cousins Jon, Lyn, Suzy, Chris, Dee, Terri, Doug, Gregg, Tim, Terry, Pat, and Lynette. Mike is also survived by many friends and neighbors, and his dog, Sadie. A Celebration of life will take place for friends and family on June 26th, starting at 5:00 pm at the Mighty Tieton Warehouse, 608 Wisconsin St. in Tieton. For information call Jan at 678-5980. Current COVID guidelines will be followed during the event.

Mike Matson passed peacefully on June 7, 2021, at the age of 64, following several years of declining health. He was born February 13, 1957, at St. Elizabeth&#8217;s Hospital in Yakima to Paul and Joyce Matson of Selah. Mike was raised and... View Obituary & Service Information

The family of Michael M Matson created this Life Tributes page to make it easy to share your memories.

Send flowers to the Matson family.