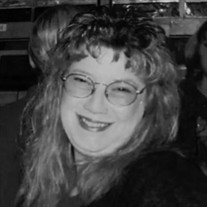 Kelly Diane Nedeff DOB: June 29, 1959 DOD: April 15, 2021 Kelly was born in Yakima WA on June 29th, 1959 to Bill and Meryle Nedeff. She attended Union Gap School for Elementary and Junior High and Davis High for School. She had an amazing childhood growing up in the Gap with her siblings and made many lifelong friends, most of whom she has kept in touch with her entire life. She held many jobs over the years but ended up as a Bartender Extraordinaire for the Old Town Pump for the last 3 decades. She was very well known and loved by all her customers and had many regulars that often came in just to see her. Kelly was so loved and admired by her family and was considered a second mom to all her nieces and nephews. You could always count on her to be at concerts, sporting events, student of the month celebrations, birthdays, and holidays. The first person to arrive at the family functions and the last one to leave, making sure she spent as much time as possible with each family member. She always kept up with their accomplishments and she was extremely proud of each one of them. Her great nieces and nephews were just as special to her. She loved to pay them to sing to her or pass out gum, Chapstick or chocolate to the kids during their visits and was proud of being the “Cool Aunt”. She was an amazing sister to her 5 siblings, and each of them had a strong bond with each other. She liked it when they would come visit her at work or just hang out and catch up, and she loved going to the Legends Casino with them as well, she was happiest when they were all together. Kelly is preceded in death by her Parents Bill and Meryle Nedeff. She is survived by her siblings: Connie Nedeff, Cindi (Rick) Hall, John (Rayenna) Nedeff, Mike (Dana) Nedeff and Scott (Debbie) Nedeff and her cousin Susie Burns. Her nieces and nephews: Alphonso Mercer, Ryan (Kelly) Hall, Ashley (Mondo) Mercer, Amanda (Rory) Jensen, Randi (Chris) Smith, Kayla Nedeff, Laterra Norris, Tony Nedeff, Dylon Nedeff, Anthony Nedeff, Jaelynn Nedeff and Brennan Nedeff, 19 great nieces and nephews, multiple other family members all of whom will miss her terribly. There will be a celebration of Life for Kelly on May 8th at Ahtanum Youth Park at noon.

The family of Kelly Nedeff created this Life Tributes page to make it easy to share your memories.

Send flowers to the Nedeff family.