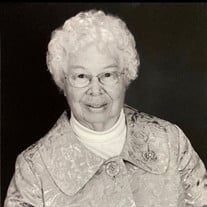 Obituary for Dorothy J. Curfman Dorothy Jeanette Verhoef Curfman, age 92, passed away on April 17, 2021 at the home of her granddaughter Kelsey Norman who had been lovingly caring for her. Dorothy was born in the Moxee area of Yakima County on January 7, 1929 to Ben and Mary Ann Verhoef. She was raised in the Moxee area where her dad worked in hop fields and at dairy farms until the family purchased a dairy farm near Granger. Dorothy attended Liberty School in the Outlook area and Granger High School. She was a great baseball player and played along with the boys and taught the boys how to throw the baseball. She attended church youth group where she met her future husband Lloyd and made lifelong friends. Dorothy graduated from Granger High School in 1947. Lloyd and Dorothy were married June 3, 1947 at the Outlook Brethren Church in a double wedding with Lloyd’s sister Lucille and her husband Kenneth Hathaway. They were able to celebrate 50 years together in a double celebration. Lloyd and Dorothy were married 55 years before Lloyd’s passing in 2002. Dorothy had a strong faith which grew from her personal relationship with God. In all of life's trials she clung to God’s promises, was a faithful student of the Bible, enjoyed participating in Bible study groups and spent many hours in prayer. Her email address, DJRejoice, her initials and the word rejoice, reflected her life. Lloyd and Dorothy first settled in Sunnyside then later moved to Renton, WA where Lloyd continued working as an auto mechanic. They moved back to the lower Yakima Valley and were raising their young family while serving as house parents at the Buoyville Boys Home on the Satus near Mabton. Many of these boys, as well as other individuals through the years have called Dorothy their mother or grandmother as she gave them her unconditional love, support and encouragement. Continuing the life of home-maker and mom, Dorothy attended the bookkeeping of Lloyd’s business, Curfman’s Auto Repair in Toppenish, until they sold the business that later became Ruggle’s Auto Repair. They spent many years heading south for the winter with their RV. Each year they would make new friends and reconnect with relatives and old friends. Lloyd and Dorothy would take vacations to visit son Irvin wherever he was stationed with the Navy, going places such as Hawaii, Guam and Japan. Dorothy took several trips abroad visiting Kazakstan, Croatia, tours of Europe, as well as a mission trip to Mexico. Because Dorothy was born in the depression era, recycling and repurposing was a way of life and nothing was wasted. She has passed that value of thriftiness on to her children and grandchildren. She had the gift of hospitality and hosted a multitude of guests over the years including missionaries from around the world. She was a great cook and made the best fried chicken and apple pies and hosted countless family dinners with fruit punch drinks, that became known by the grandchildren as "grandma's punch", sometimes consumed with joy and sometimes not, depending on the combination of ingredients. She was also known to feed throngs of people at a moments notice serving little bits of this and that. On special occasions she would make Indian fry bread. She loved lemon in almost anything. Many people were blessed with the abundant harvest of the wonderfully sweet grapes that grew in her backyard in Toppenish. Artistically designed memory books were created for each child and grandchild. In recent years friends and family have enjoyed reviewing the multiple scrap books she designed of all the family adventures. Dorothy loved attending sporting and musical activities of her children, grandchildren and great grandchildren. Lloyd and Dorothy would also take their grandchildren on various camping trips and joined son Ken and his family on their yearly camping and boating week at Vantage where they started a tradition of serving ice cream cones, which continues today. When caring for the yard and home became too much, Dorothy moved from Toppenish to Living Care Retirement Community in Yakima in 2014. She lived there independently until 2019 when she then moved to the assisted living portion of the Community. After a fall she moved to the nursing home of Living Care. With Covid restrictions in place visiting was limited to video calls and window visits. Dorothy’s granddaughter Kelsey and her family made the decision to bring her to live with them. This allowed children, grandchildren and great grandchildren unlimited visits and hugs with her, providing wonderful, precious memories of time shared her last three months. Kelsey continued to lovingly care for her grandma until her death. Dorothy is survived by her son Irvin and wife Sarah Curfman of Grandview, daughter Glenda and husband John Abercrombie of Yakima, son Ken and wife Cindy Curfman of Yakima and daughter Sue and husband Brian Potter of Potlatch, Idaho; eight grandchildren, and twenty-one great grandchildren. She is also survived by sisters, Ina and husband John Kaser, and Eileen Norton of the Tri Cities and brother Richard and wife Gerry Verhoef of Grandview, many nieces and nephews. Sisters-in-law, Donna Verhoef, Donna Briskey and Lucille Hathaway also survive her. When their husbands passed Lucille was Dorothy's partner in adventures. She was preceded in death by her loving husband, Lloyd, son Dale Lee, brothers John Verhoef and Melvin Verhoef, sister Gladys and her parents. The family would like to thank Living Care Community for their programs, activities and nursing care. They would also like to thank the Memorial Hospice Team for their support in keeping Dorothy comfortable in her last months. In lieu of flowers, donations can be made to the Mitochondrial Research Guild, a special interest guild of Seattle Children's Hospital. Online gifts can be made at https://nwmito.ejoinme.org/donations. Checks can be mailed to The Mitochondrial Research Guild, PO Box 761, Lynnwood, WA 98046 A memorial service will be held on Saturday, May 1, 2021 at 1:00 pm, Valley Hills Funeral Home, 2600 Business Lane, Yakima, WA. Masks will be required.

Obituary for Dorothy J. Curfman Dorothy Jeanette Verhoef Curfman, age 92, passed away on April 17, 2021 at the home of her granddaughter Kelsey Norman who had been lovingly caring for her. Dorothy was born in the Moxee area of Yakima County... View Obituary & Service Information

The family of Dorothy Curfman created this Life Tributes page to make it easy to share your memories.

Send flowers to the Curfman family.